The other side of Heaven

Circe and Ulysses Island, shrouded in legends and myths and surrounded by natural beauties, was defined a paradise on earth by Eugenio Montale. Today among the most beautiful villages in the province of Latina and in the Lazio Region, living Ponza is an all-around experience.

The largest between the Pontine Islands, Ponza is the perfect tourist destination for those who are in search of the true contact with nature.

“An island which has remained an island
a microcosm in itself
Ponza is grumpy and beautiful
shy, diffident and never predictable
Amongst prickly pear plants, bougainvillea and ‘explosions’ of broom plants,
I lose myself in the beauty of its sunsets
and have found my paradise here on earth.”

This is how Eugenio Montale described it in verse, so for all those who still love it today, it is a paradise on earth.

A few kilometers from the Circeo coasts, the archipelago of the Pontine Islands opens up and shows us in all its beauty Ponza, an island of volcanic origin, a magnificent concentrate of beaches, stacks and coves. Near the port, a semicircle of houses in white and pink colors welcomes you, showing a fantastic profile, which offers visions of heart touching beauty. Once landed, the scent of sea salt and fresh seafood will immediately make you want to take a seat in one of the local restaurants, taking part in an unforgettable explosions of taste. But don’t stop at the first impression.

Ponza is made of known and wild places, those to be enjoyed on foot before sunset, or by bicycle, with the wind playing with your hair. The tourist port and the historic center, in fact, open out over mule tracks accompanying you through the island’s mountainous interior and less crowded coves, reachable only by the sea. 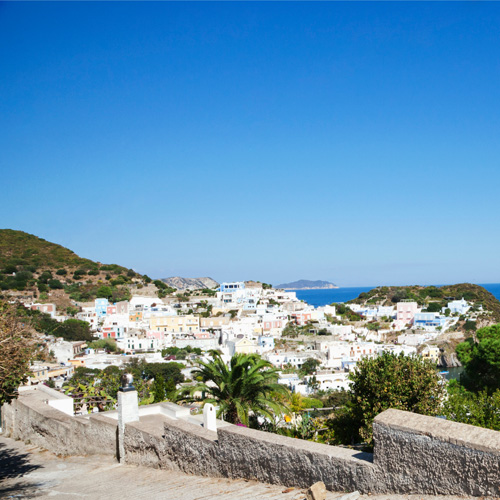 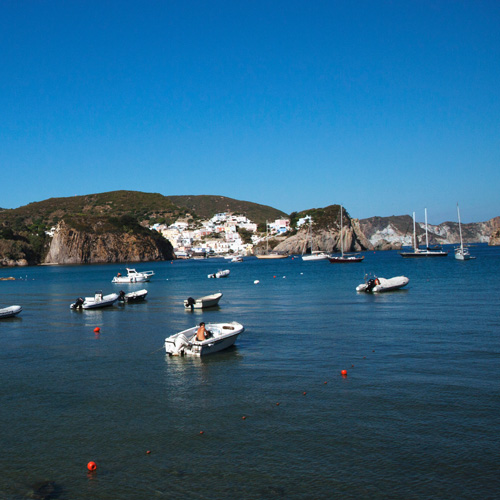 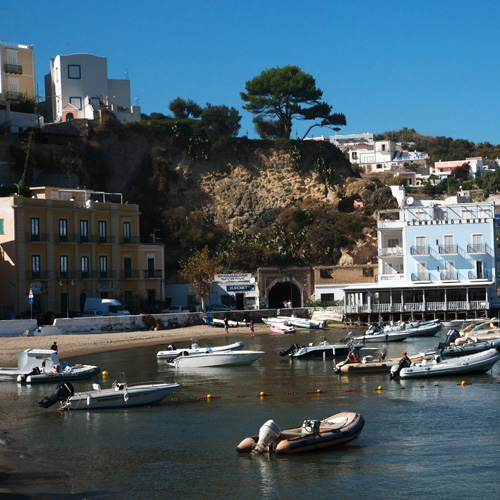 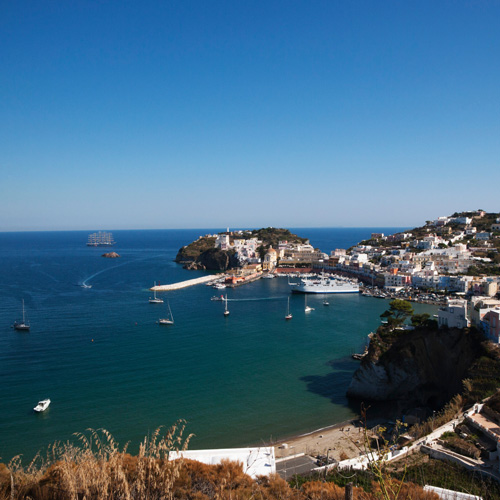 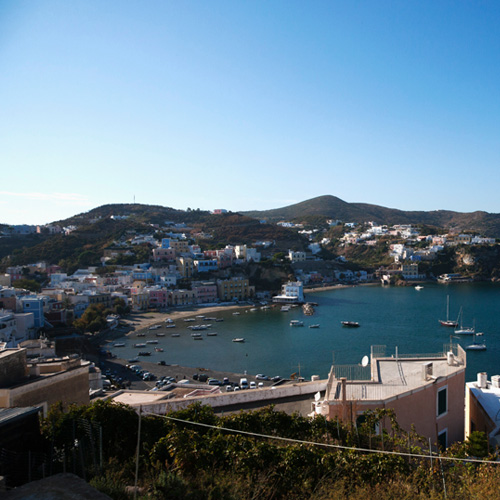 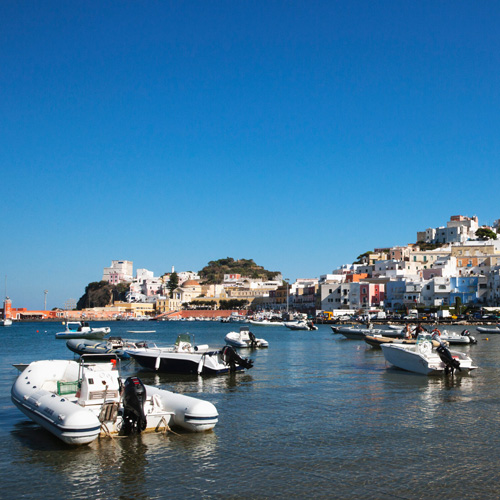 PONZA BETWEEN MYTH AND HISTORY

A voyage through legends and history books

A reputation as a haunted island that dates back to Homer, in ancient times it was thought that a curse lay over Ponza. Here in fact Jupiter sent the terrible Circe to restore order among the inhabitants of Eea, the island that many think may be Ponza, where men were lost in idleness and indolence. And it is precisely here that Ulysses risked stopping his journey and not returning home.

Between legend and history, the island of Ponza has been populated since the Neolithic Age, but its main centers were born under the domination of the Volsci. Phoenicians, Greeks and Etruscans arrived here and the Romans assigned it as a place of confinement, but also as a holiday resort. This is testified by the ruins of Roman villas, the most famous of which is located on the Collina della Madonna and dates back to the first century AD, as well as an aqueduct, tanks (including the Caves of Pilate) and a cistern for the collection of the rainwater, the so-called “Bagno” (bathroom).

During the Middle Ages the island was a thriving religious and commercial center and this thanks to the work of the Benedictine monks, who erected the abbey of Santa Maria. However, the work of the friars was thwarted when, from the ninth century, Ponza was subject to raids by Saracen pirates.

Going forward in history, pirates, such as Khair-ad-Din nicknamed Barbarossa, the hero of the Risorgimento Carlo Pisacane, Turkish, English and Spanish sultans, felt in love with this wonderful island.

Here Mussolini was transferred from the 27th of July until the 7th of August 1943, and Sandro Pertini, Pietro Nenni, Giorgio Amendola and Umberto Terracini were sent here right from him.

Jacques Cousteau, the legendary explorer of the abysses, was also fascinated by the turquoise sea that surrounds Ponza, so much that he sometimes thought he was in the Indian Ocean rather than a few miles from the coasts of Civitavecchia.

A sweet and bewitching sea that of Ponza, where you can let yourself be transported till the natural spectacle that is the arch O ‘Spaccapolpi and then to the Faraglioni di Lucia Rosa, which according to local legend were the scene of the Pontine Shakespearean drama: two lovers, whose relationship was frowned upon by their families, decided to jump off the cliff rather than give up their love.

Nestled in the heart of the Tyrrhenian Sea, the archipelago of wonders

When it comes to the miracle of nature, it is difficult not to think how much the island of Ponza can correspond to this concept. Its turquoise sea and the caves that many have made to fall in love with are not lacking in the beauty that is recognized by many in the islands of the South Pacific or the Caribbean.

The sea bed, of enchanting beauty and silent custodian of precious treasures trapped over the millennia, is a paradise for diving and underwater photography enthusiasts. Walls covered with gorgonians and red algae, seagrass meadows, rocks and boulders covered with marine flora and inhabited by lively fish fauna, hide Roman ships with their loads still intact, shipwrecks and steamships sunk during the last world war.

Cavities, caves, rocks, coves and bays, as well as being a wonder for the eyes of those who have the opportunity to enjoy them, are also home to a populous fish fauna. From the green fish to the greater weever, passing through short-finned squids, tunas, dumpers, horse mackerel, thresher sharks and sea bass, it can be said that life in the sea has nothing to envy to the world above, where flora and fauna are certainly not less! Between camphor laury and ceraso, laurel trees, holly, bamboo, strawberry trees and Limonium Pontium plants, a plant with delicate purple flowers, Ponza hides species and subspecies of animals that are endemic of the island, therefore admirable only in this area. An example is the Hipparchia sbordonii butterfly, the scorpion Heuscorpius Carpathicus Palmarolae, the “wall lizard” and the “lizard of Zannone”.

MOST FAMOUS BEACHES AND COVES

Ponza’s most famous coves, to reach by foot, provided with umbrellas, sunbeds and bars 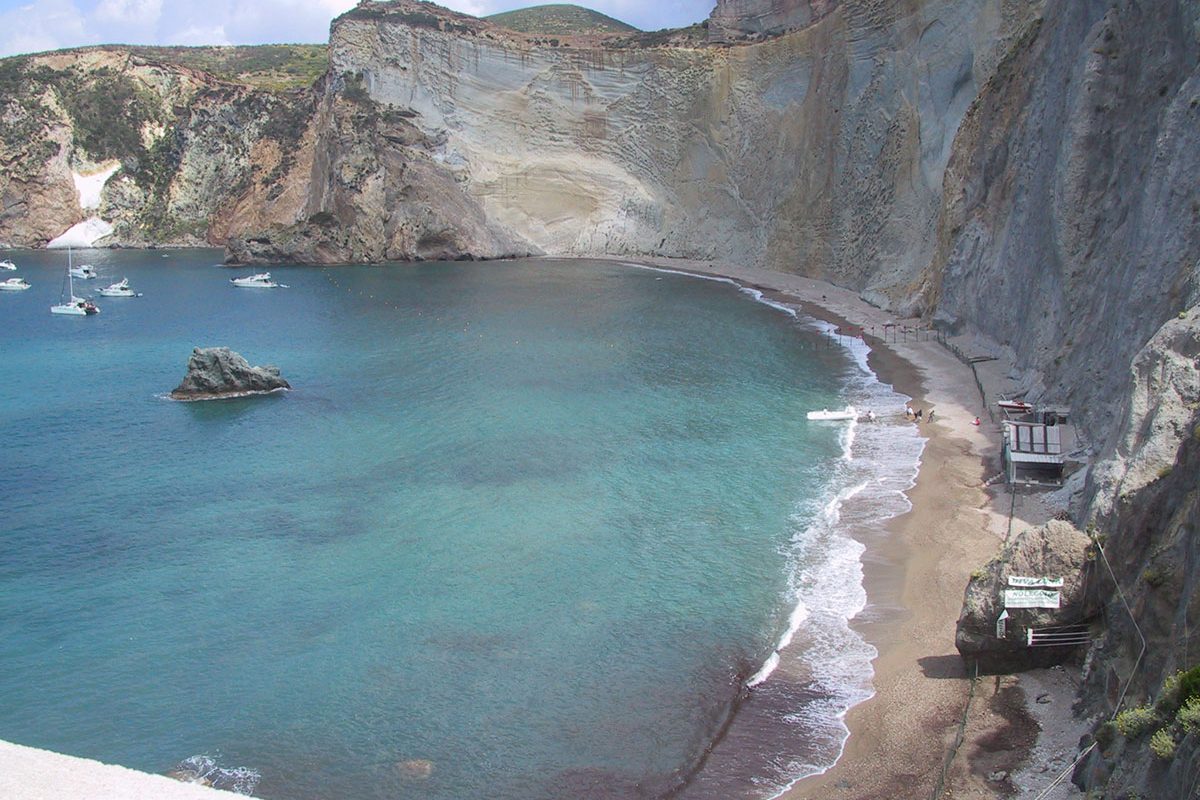 500 meters of sandy beach, a natural amphitheater with yellow and white tuff cliffs that fall straight up the sea. Here you can sunbathe and swim surrounded by one of the most beautiful and characteristic beaches in Italy, famous for the wonderful view it offers at sunset, with the sun disappearing into the sea. 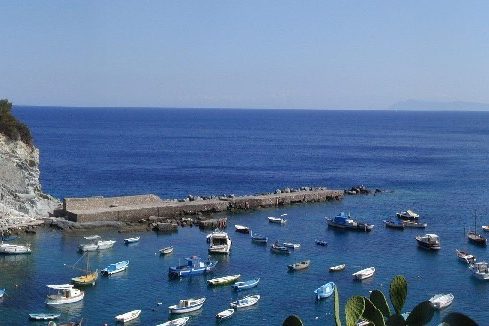 Cala Feola Bay is one of the most suggestive sandy beaches on the West Coast. Clear sea and comfortable descent, the beach can be reached by foot via a path of low difficulty and small stairways. It is equipped with sunbeds and umbrellas rent service and bars. 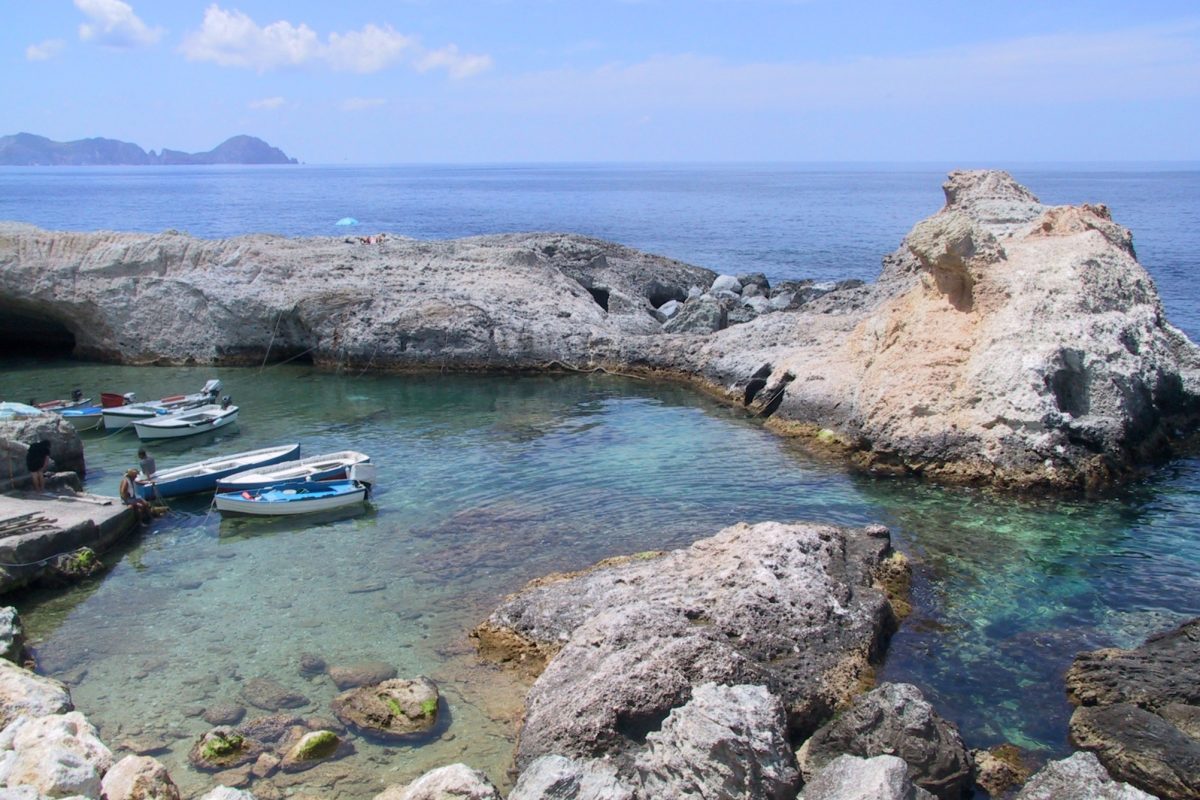 One of the most famous coves on the island, the two large swimming pools with splendid clear waters are the result of the volcanic activity in the area. They can be reached by a path and look like flat rocks equipped with sun beds and umbrellas rent service, bars and boats rent. 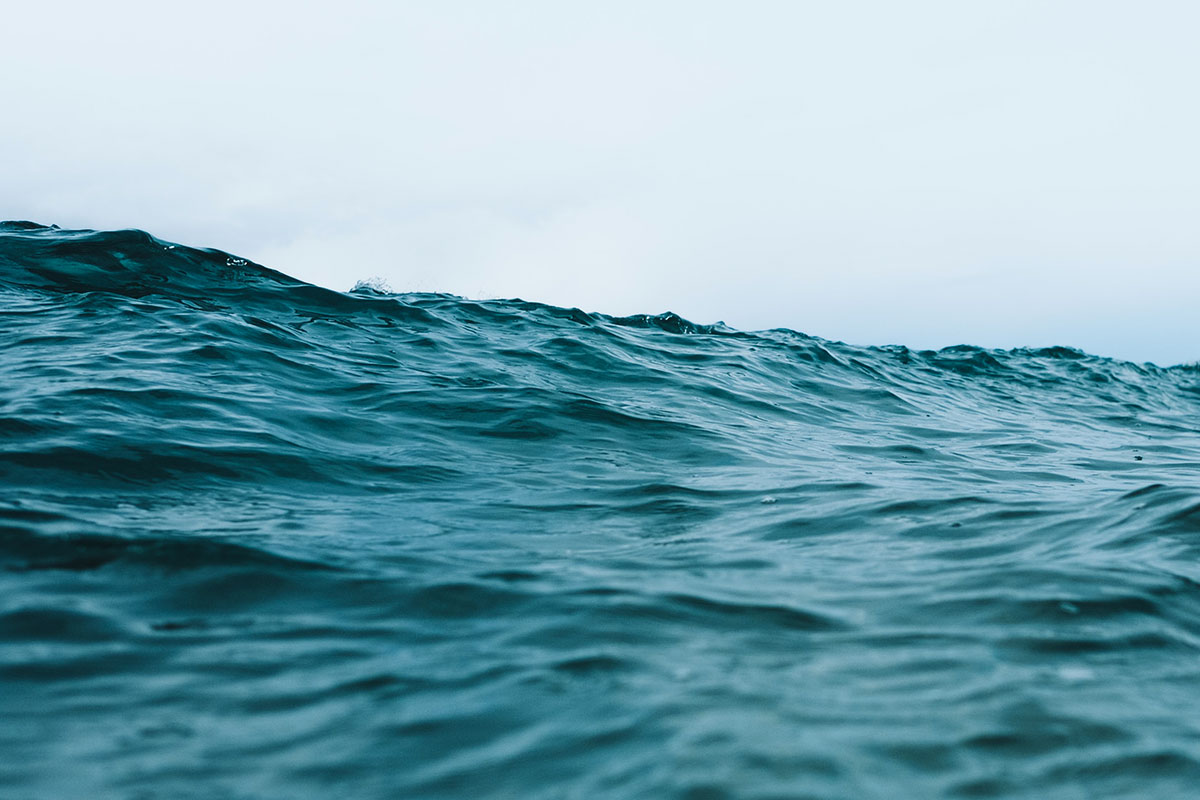 Well served and reachable from the port by shuttles, Frontone Bay is a fine-pebble beach where you can rent sunbeds and umbrellas.
There are chemical toilets and small bars.
The beach can also be reached by foot via a 20-minute walk from the main road.

Crystal clear water and rocky seabed, La Caletta is the right place to enjoy sun and sea in peace. Easily accessible via a road adjacent to the Church of Le Forna, relaxation, comfort and undoubted beauty will be the protagonists of your holidays in Ponza. 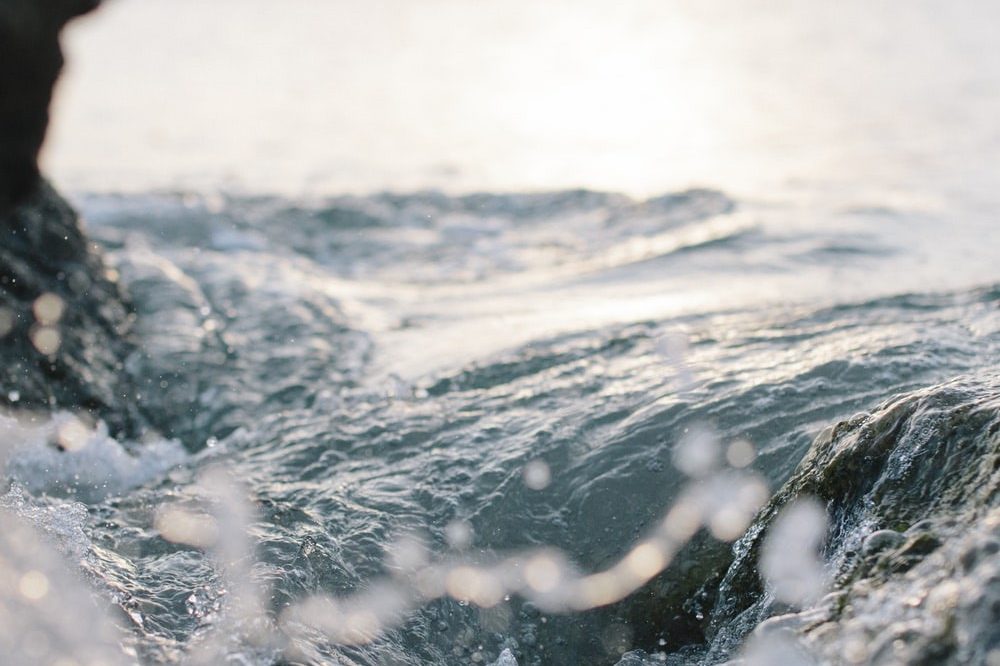 Clear and transparent waters and a rocky seabed: this cove is the right place for those who love diving and hiking.
Here you can rent boats, goiters, sunbeds and umbrellas.
The cove can be easily reached by foot, scooter or car via a driveway.

For those in search of absolute relaxation, surrounded by crystal clear waters and unspoiled nature 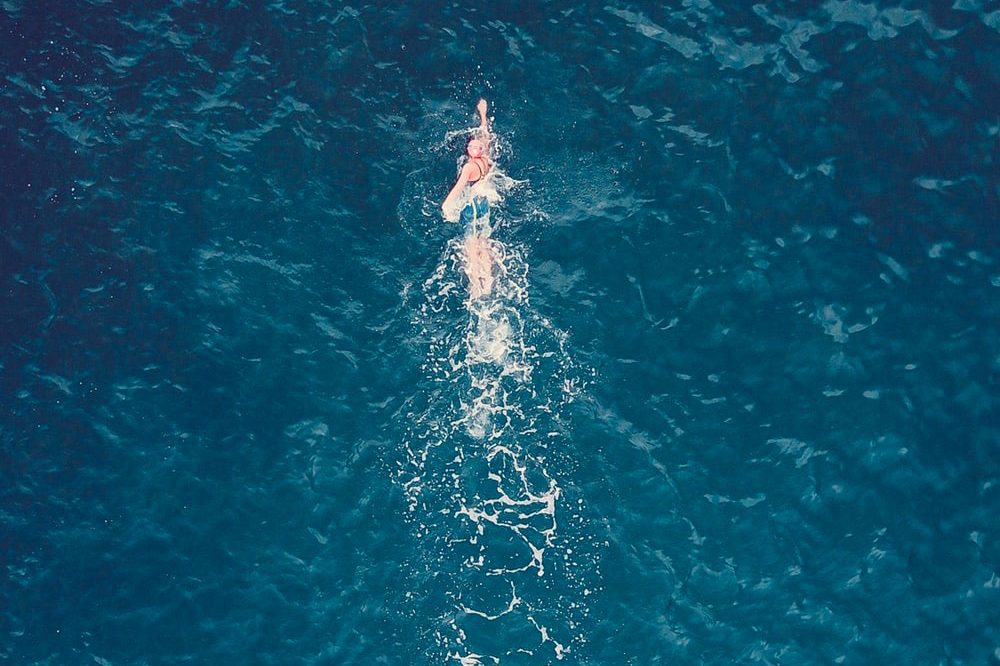 Small paradise on earth, its crystal clear waters are home to many species of fish and a must for scuba diving enthusiasts. From here you can swim to the beaches of Punta dell’Ebreo. It can be reached by bus: once arrived to Le Forna terminus, a staircase will lead you directly to the cove. 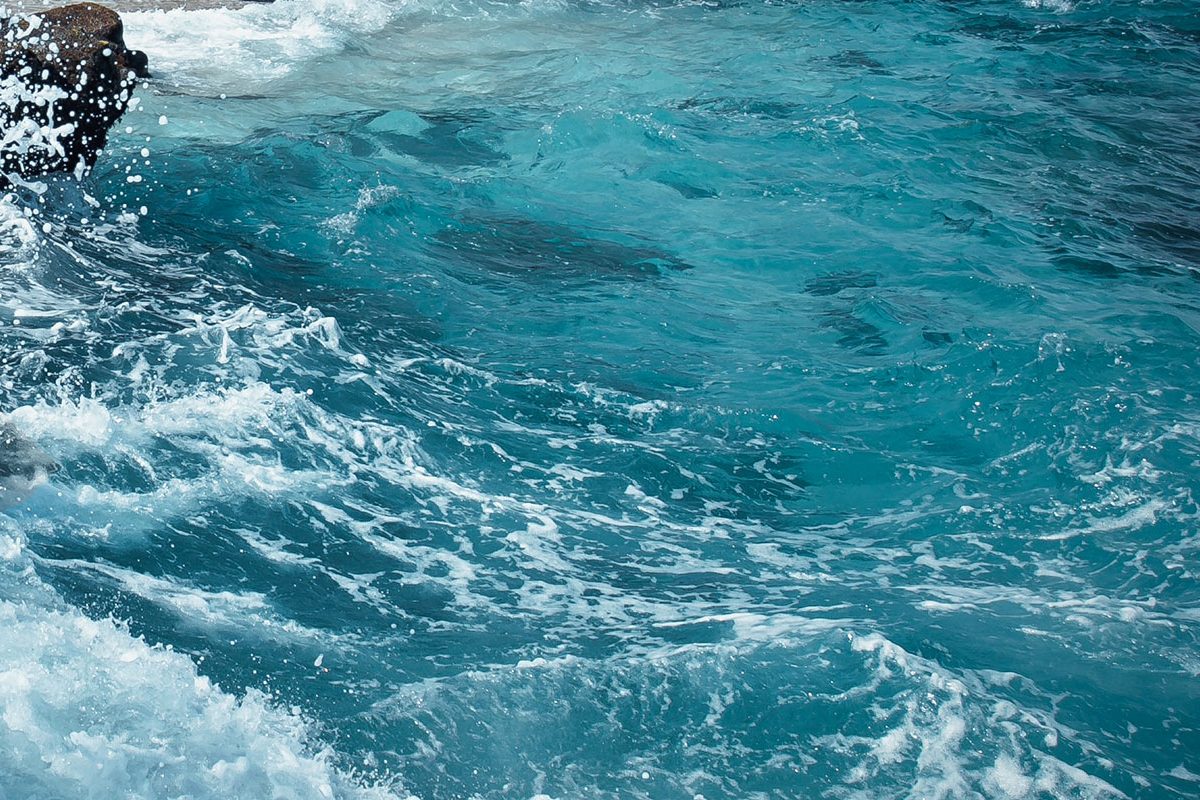 Cove for real sea lovers, Cala Cecata is one of the most characteristic coves of the Island, reachable by foot through a tiny path with a suggestive staircase overlooking the sea. Wild and beautiful, it still retains wonderful panoramic views not to be missed. 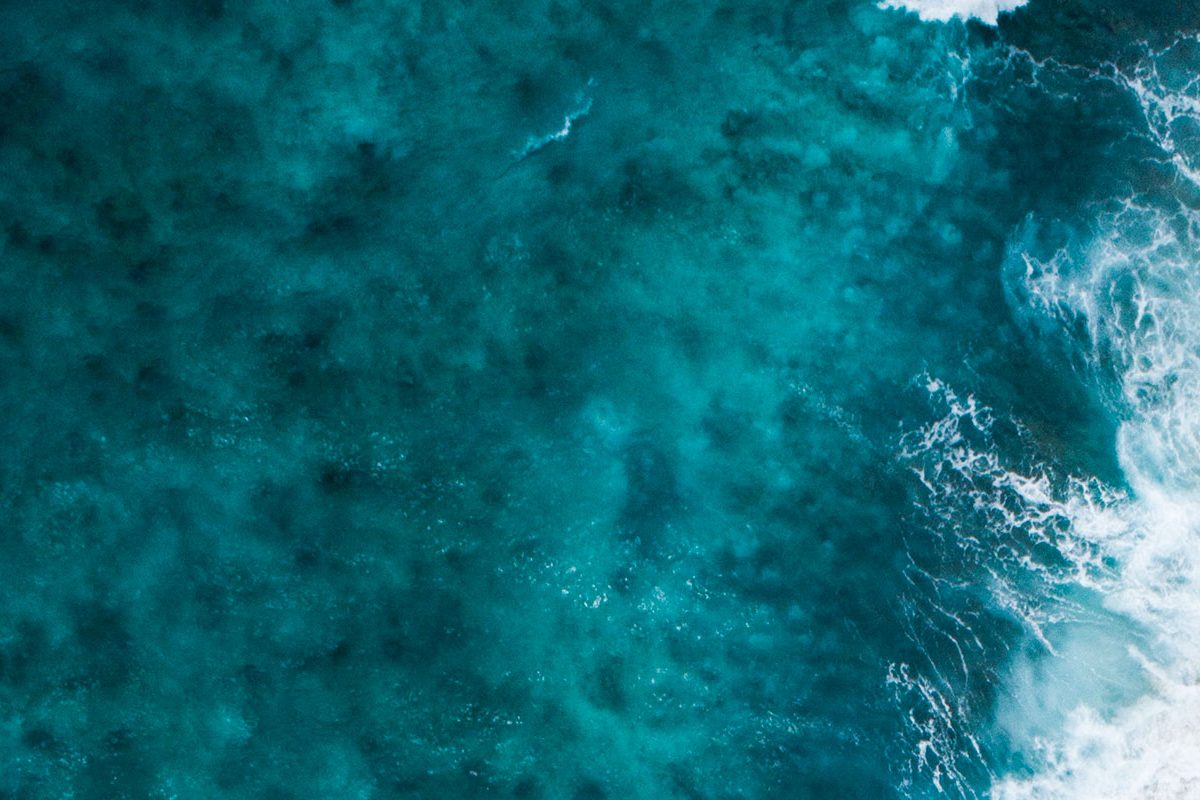 White rocks and pebble beach, famous for the presence of a wonderful archaeological site, La Parata is the right place for sunbathing and snorkelling. It can be reached by sea from the port, from which it is a couple of miles away or, alternatively, it can be reached by foot from Località Scotti through a medium difficulty path.

BEACHES ACCESSIBLE ONLY BY BOAT

To be reached by taxi boat, they have medium turnout and are very popular among boat lovers 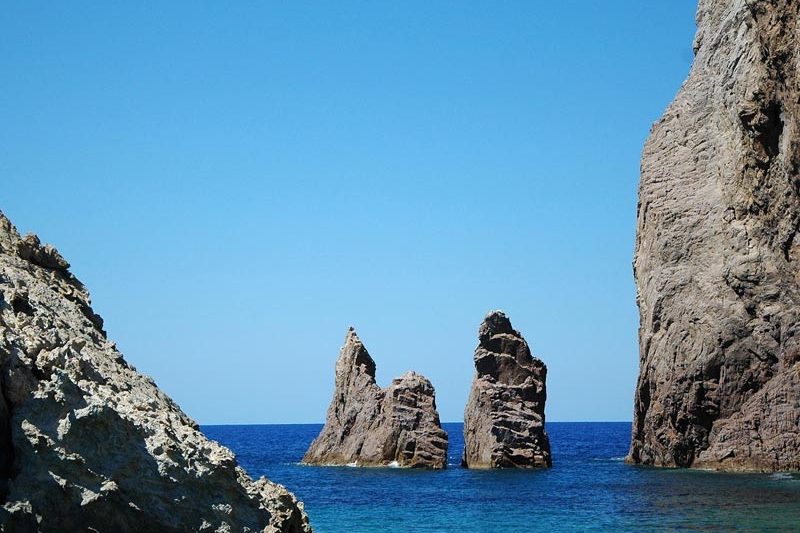 Accessible by boat, unfortunately it is no longer possible to visit its famous beach. Lucia Rosa’s Cliffs take their name from a fact that really happened at the end of the 19th century. Lucia Rosa, hindered in her desire of marrying a poor peasant, threw herself on the rocks, putting an end to her love pains. 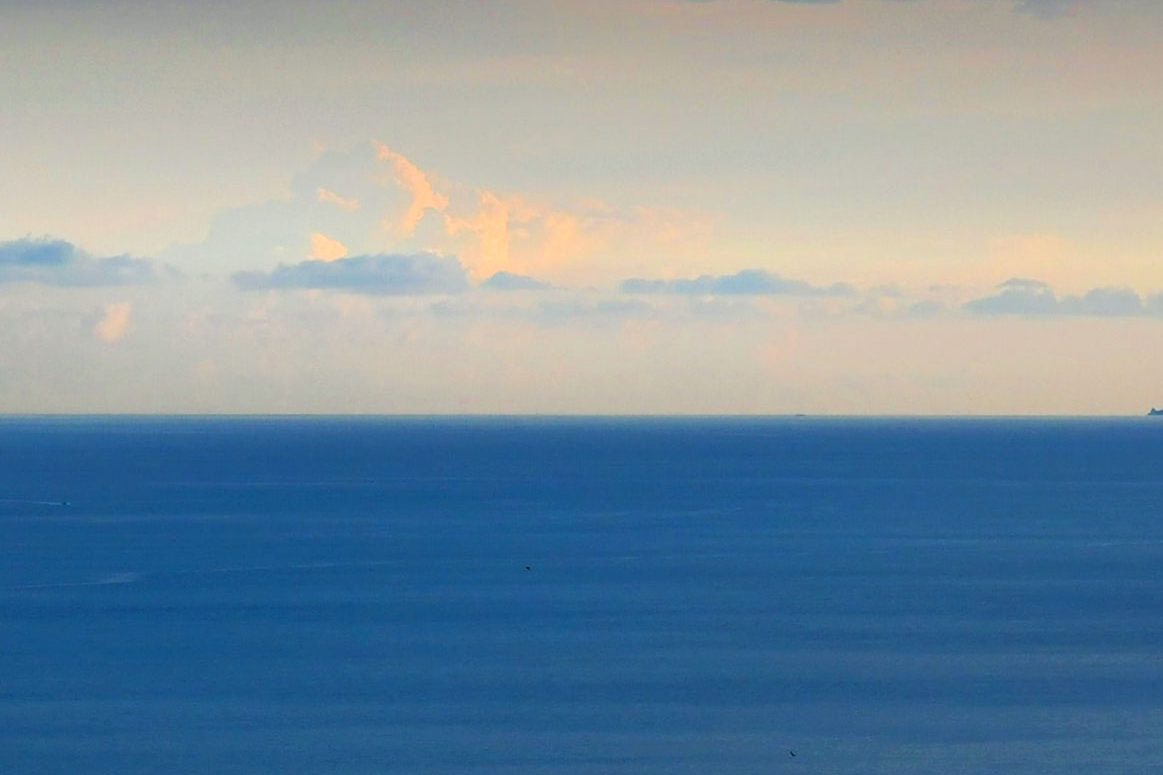 With a name that derives from the fern plants that characterize its landscape, this bay is accessible only by sea and that is why it is considered a small corner of paradise. There is a large presence of sulfur stones which are used to produce facial masks and body lotions. 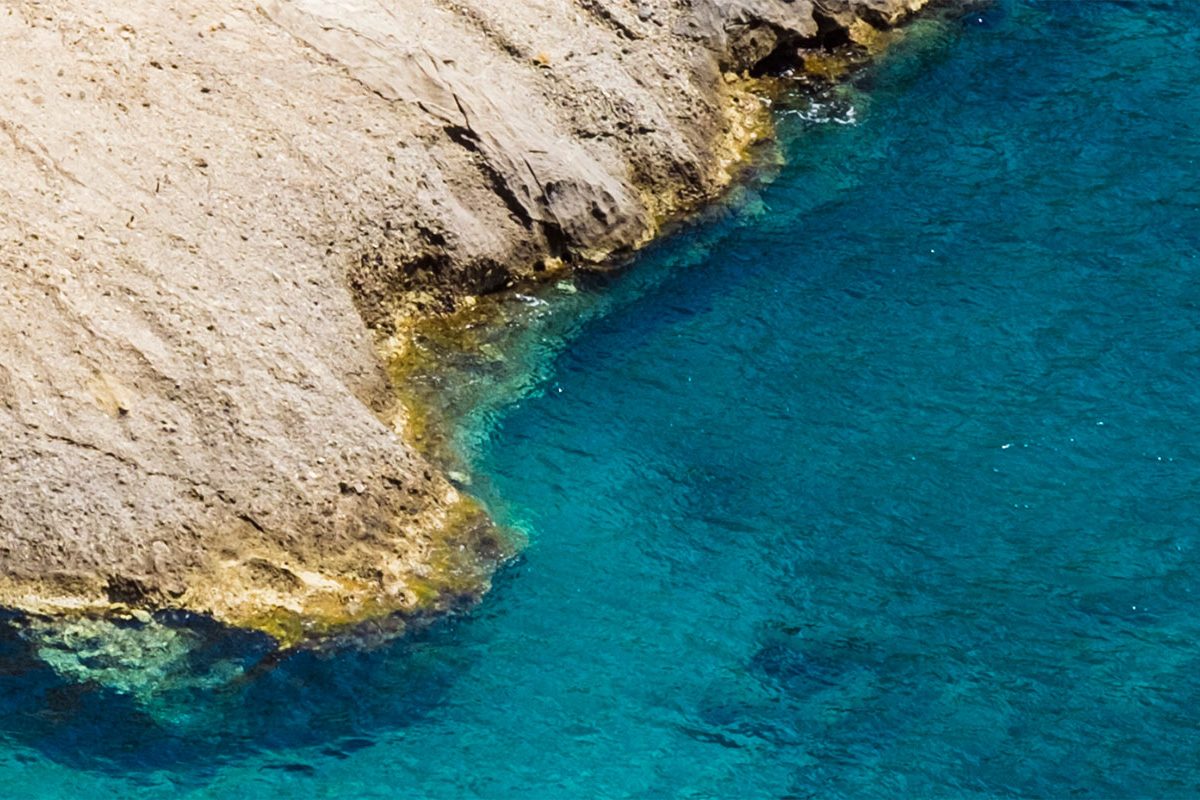 Currently closed to the public, it was one of the most popular cliffs on the island. It can be reached only by boat, its name perhaps due to the infernal fatigue of those who had dug the 350 steps that go down to the sea since, for almost two centuries, the goods coming from or destined to the port were loaded and unloaded here.